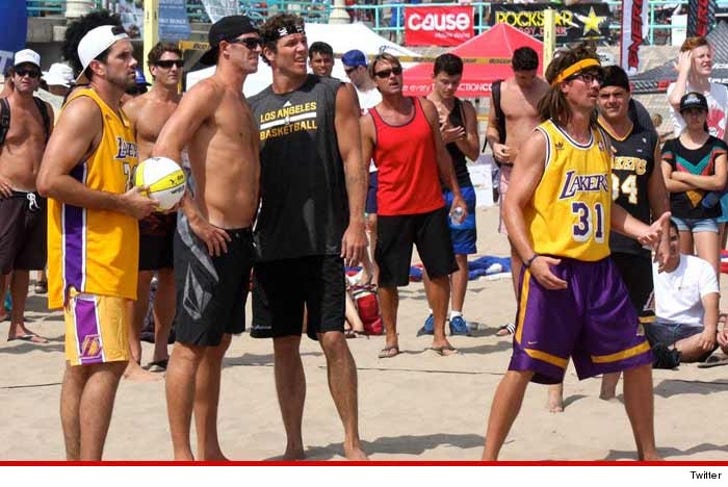 It didn't take Luke Walton long to win his 2nd championship of the summer -- this time in beach volleyball ... and his teammates included Richard Jefferson and Matt Leinart.

The former NFL and NBA players were part of Team Fletch ... which won the coveted Six Man title in Manhattan Beach, CA this weekend. Two awesome things about the victory: First, the former pro athletes mostly rode the bench. Beach volleyball is serious biz in MB!

Doesn't look like the Warriors minded the unintentional diss, since the team shouted out Walton's victory on social media.