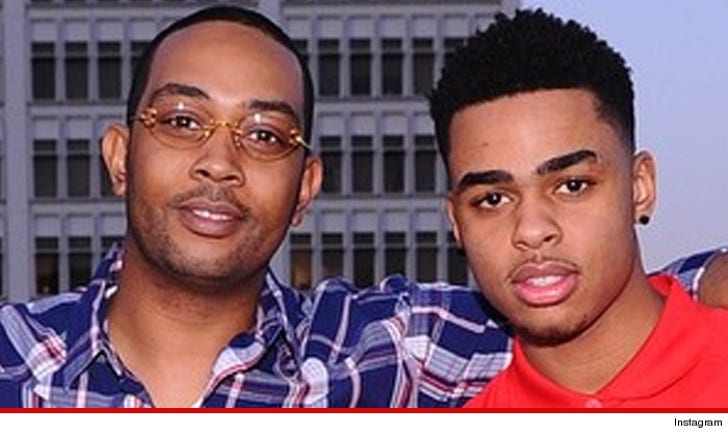 D'Angelo Russell's dad DID NOT chug a bottle of codeine as cops approached his vehicle during a traffic stop ... that's his story at least -- TMZ Sports has learned he pled not guilty to 4 charges in court ... including a felony.

Antonio Russell was pulled over in a Maserati last week. Police say aside from downing a Fuji water bottle full of codeine (tampering with evidence) ... he also had weed and more codeine in the car.

D'Angelo's dad just appeared in a Louisville court to enter his plea on the following charges:

Antonio's next due in court on September 25th.