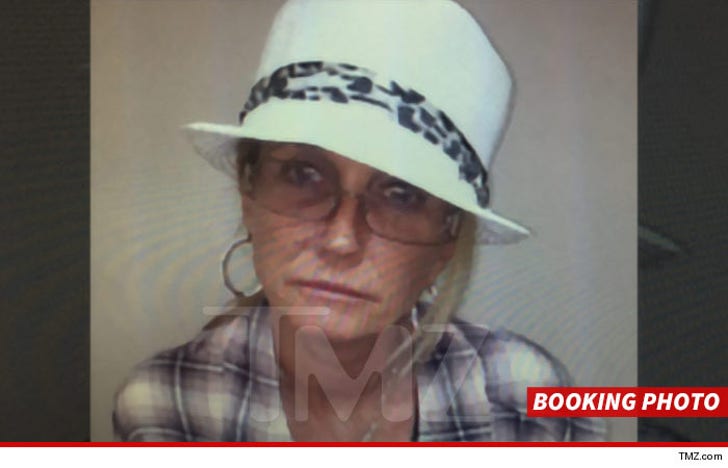 According to the report, Kim grabbed the reusable bags at the Van Nuys Target and began loading them up with merchandise in the dollar section ... the pics below show what she took.

The report says Kim loaded the bags in a shopping cart, took it to the the express line but left it without attempting to check out. She told the clerk the items had already been paid for.

She then grabbed another cart and didn't even bother to bag the items ... she just loaded the cart up with toys and beauty products. 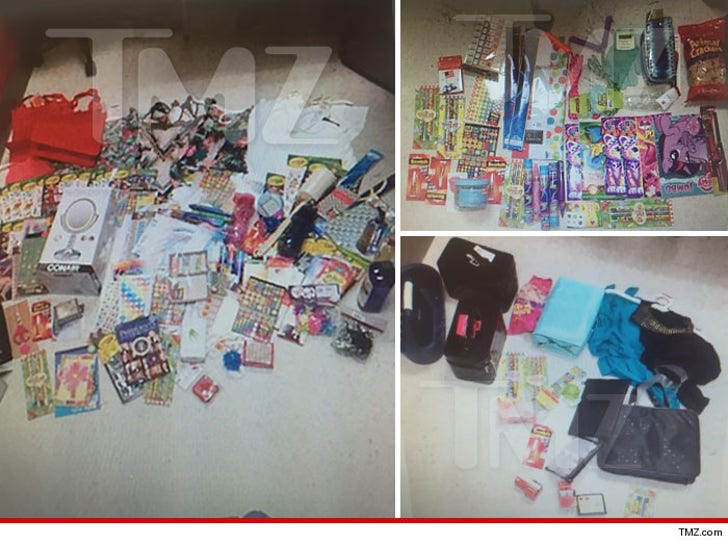 The report says Kim then took the second cart to the express line and began lugging the first cart out of the store.

She got 3 feet out of the store -- enough to make a shoplifting case -- when a security guard approached and escorted her to the booking room, where they took her pic.

Kim told security she didn't recall if she paid for the goods or not.

The cops came and arrested Kim for theft. The items totaled $600.