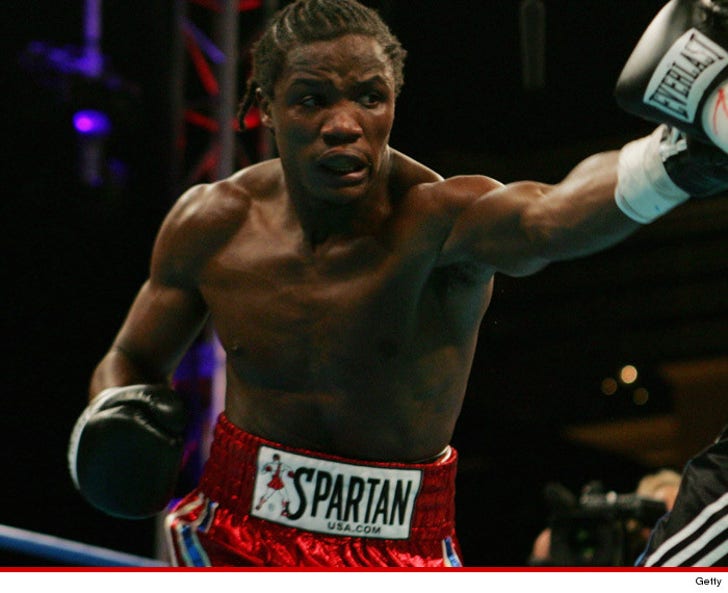 When ex boxing champ Kassim Ouma gets out of Africa, he could land right in jail -- there's now a warrant out for his arrest after he went M.I.A. from court last week.

According to docs, Ouma was supposed to be in front of the judge on Aug. 5 for a progress report in his felony drug possession case. TMZ Sports broke the story ... Ouma was arrested in April 2014 after allegedly fighting with a man he claims made a pass at him. He ended up getting charged for cocaine possession, and not the fight.

But last week, when Ouma's attorney told the court the former IBF junior middleweight champ was in Uganda ... instead of the L.A. courtroom ... the judge issued a bench warrant.

Ouma will have to pay $30k to clear up the warrant -- and he'll still have to face that pesky felony cocaine case.