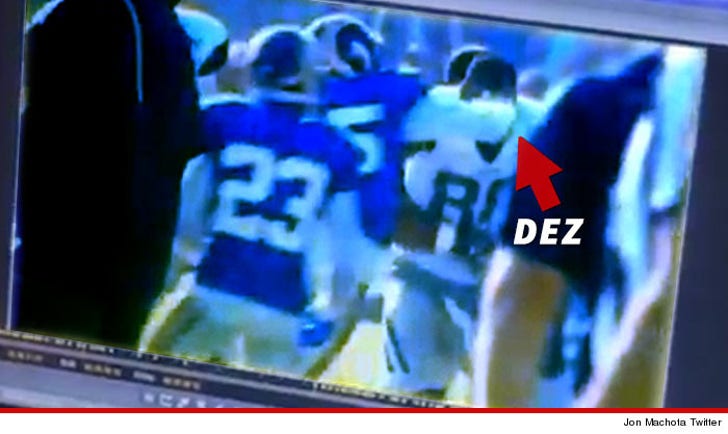 Dallas Cowboys and St. Louis Rams players are already in playoff form -- squaring off in a sidelines-clearing brawl that included Dez Bryant taking what he calls a "cheap shot" to the face.

Mind you ... this insanity went down during a joint practice in Oxnard, CA. As the right reverend A.I. would say -- it wasn't a game, not even a preseason game ... simply practice.

In the video, it's hard to tell who or what started the chaos -- and not sure it matters much. Almost all the players were forced to throw down at some point.

For his part, Cowboys superstar Bryant was chatting up Jerry Jones on the sidelines when the fight broke out -- and witnesses say he ran to the action ... only to get smashed by cornerback Imoan Claiborne.

The Cowboys and Rams don't play each other in the regular season, sooo ... the playoffs could be very interesting.