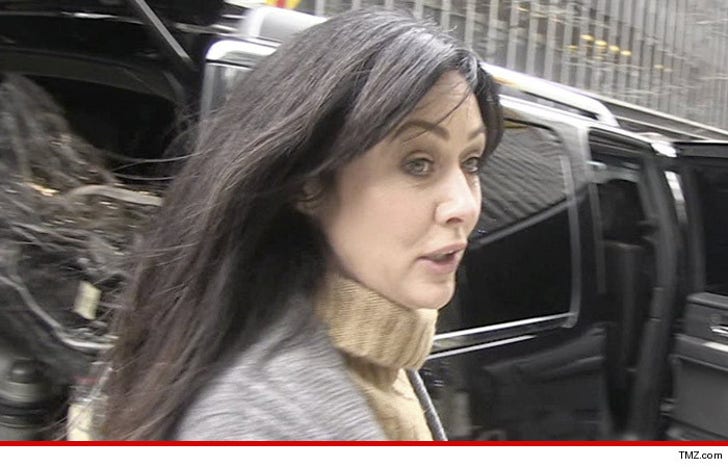 1:55 PM PST: A rep for the firm tells TMZ: "Tanner Mainstain is saddened to learn that Ms. Doherty is suffering from cancer and wishes her a full recovery. However, the claim that Tanner Mainstain caused her to be uninsured, prevented her from seeking medical care, or somehow contributed to her cancer is patently false."

They also say they will "aggressively defend" all of Shannen's claims in court.

Shannen Doherty says her business manager is responsible for the severity of her breast cancer.

Shannen has filed a lawsuit, obtained by TMZ, in which she claims Tanner, Mainstain, Glynn & Johnson took 5% of her earnings in return for managing her finances, including payment of her medical insurance to SAG.

She says the firm ignored an invoice for payment of the premium in 2014. The insurance was cancelled and apparently she couldn't re-enroll until 2015. Shannen says during the lapse period she didn't regularly visit doctors, which had been her practice.

In March 2015, after getting her insurance back, she went to a doctor and discovered she had "invasive breast cancer metastatic to at least one lymph node." She says doctors told her the cancer spread during 2014, when she was uninsured, and she blames her business manager.

She indicates in the lawsuit she now will likely have to take measures -- including a mastectomy and chemotherapy -- that could have been avoided if the cancer had been caught earlier.

The docs say she parted ways with the business manager sometime in 2014.