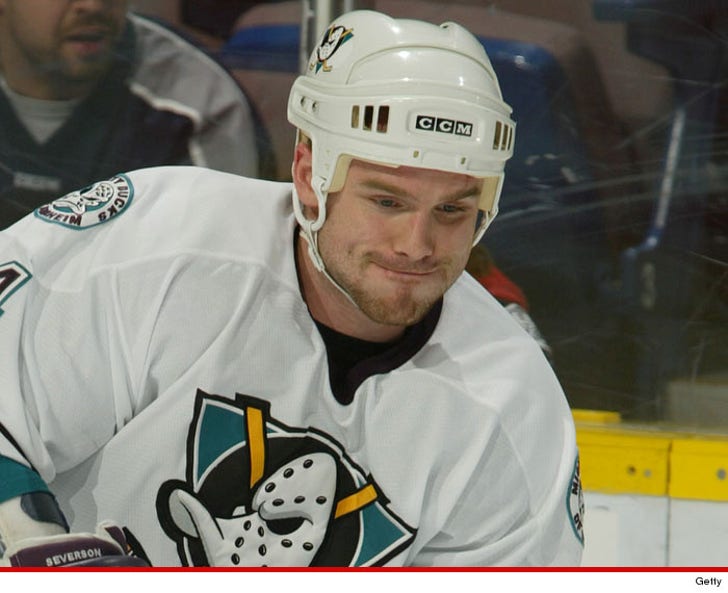 A former professional hockey player is suing the NHL -- claiming he was seriously jacked up from several fights during his career ... and blames the league for failing to look out for his health.

The man behind the lawsuit is Cam Severson -- who was drafted by the San Jose Sharks in 1997.

In his suit, Severson says he was involved in at least 10 fights during his career ... and specifically calls out an instance during the '03-'04 season where he was so badly disoriented, he skated to the wrong bench afterward and sat down with the wrong team.

Severson also references a 2004 fight with Martin Grenier in which he claims he suffered a concussion ... and an incident with enforcer Brad May in 2006 where he says he suffered a "severe concussion."

Severson says the league glorifies dangerous bare knuckle fist fighting ... and cares about fighting even more than the actual game.

Severson says he now suffers from acute migraine syndrome, headaches, memory loss and acute back pain due to his time in the NHL.

He's now hoping to round up a class to take on the league -- claiming the NHL should have done more to protect the players from head trauma. He's suing for more than $5 million.