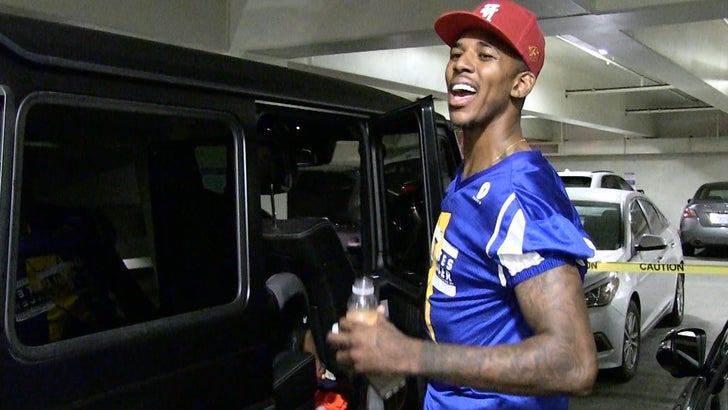 Cris Carter may have had a point when it comes to pro athletes getting a "fall guy" -- so says NBA star Nick Young.

The Lakers star was leaving the Athletes Versus Cancer celebrity football game in L.A. when we asked about the comments Carter made at the 2014 NFL rookie symposium -- where he advised the players to get a "fall guy" in their crew in case anything bad happens.

Swaggy P tells TMZ Sports ... instead of a "fall guy," players should just get a girlfriend -- because they'll keep you from getting into trouble in the first place.