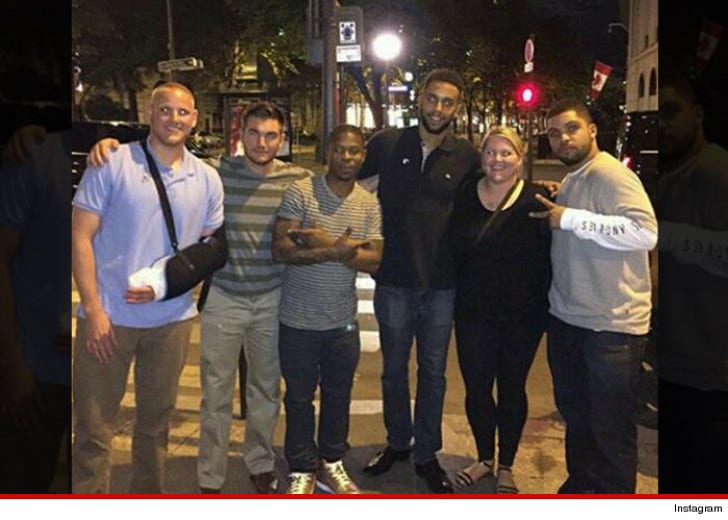 O'Shea Jackson Jr. and Jason Mitchell from "Straight Outta Compton" are now movie stars ... but they turned into fanboys when they met the American train heroes in Paris.

Anthony Sadler, Spencer Stone and Alek Skarlatos were walking in Paris Sunday night when they saw the two actors who played Ice Cube and Eazy-E ... and before they could ask the stars for a pic, O'Shea and Jason beat them to the punch -- this according to Anthony's sister Arissa.

After a quick chat the actors invited the trio to the Paris premiere of "Straight Outta Compton" Monday night.

Arissa wasn't sure if they'd be able to make the screening because of security risks ... but the invite is sure cool.

As we first reported, the networks are all fighting for the first interview with Skarlatos.

Sadler ended up making it to the premiere and even walked the red carpet! 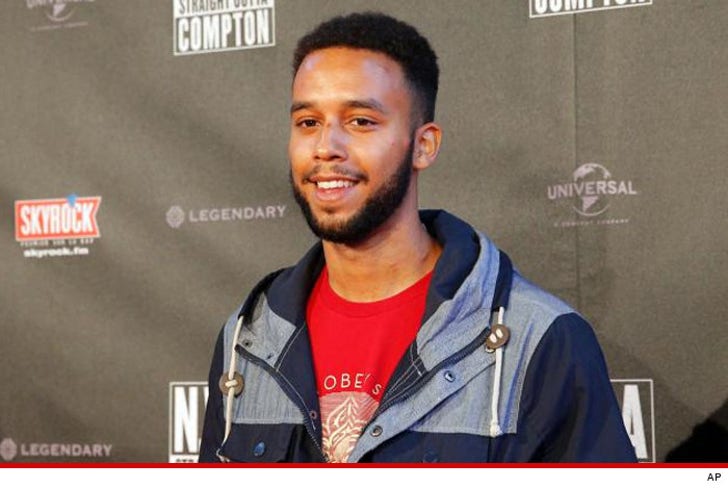