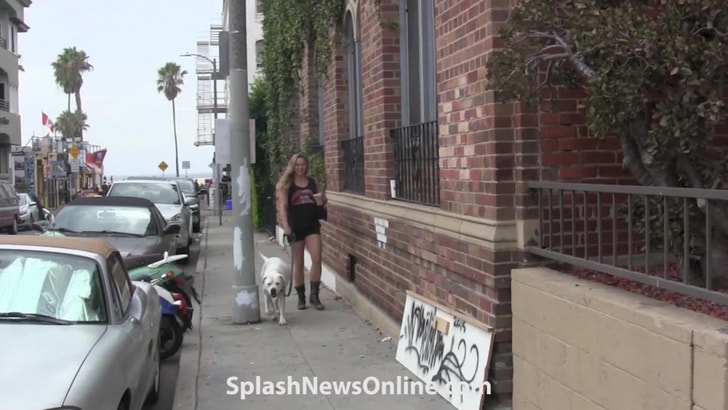 Ronda Rousey is DOUBLING DOWN in her war with Floyd Mayweather -- calling him an illiterate moron and hitting him over the head with the subject that's the most dear to his heart ... money.

Of course, the two have been trading shots for months -- and when Ronda was out walking her dog in L.A. Tuesday ... she blasted him again, claiming she's the REAL top earner in combat sports.

"[Floyd] said 'You make $300 million a night, then you can give me a call' ... and I actually did the math and given the numbers of my last fight, I'm actually the highest paid UFC fighter and I'm a woman."

She continued, "I think I actually make 2-3 times more than he does per second ... so when he learns to read and write, he can text me."

The photog asked, "So you actually make more than he does?"