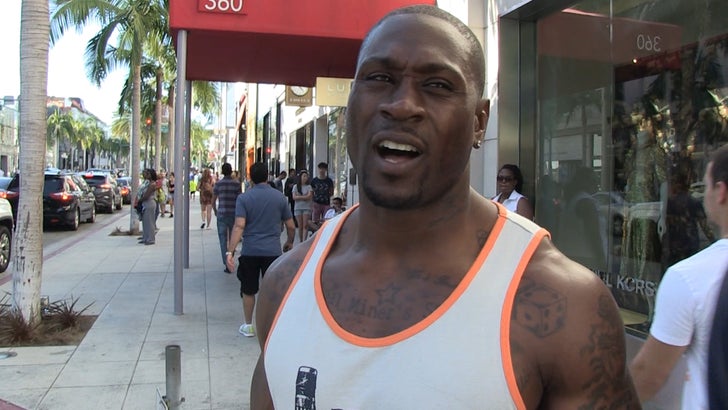 Former NFL RB Thomas Jones says the guy who trashed The Game's cars is a "coward" ... and now he's hoping for some street justice ... courtesy of the rapper himself.

Thomas was walking down Rodeo Drive in Beverly Hills when we asked him about Game's drama du jour ... the fact that an unknown dude was recently caught vandalizing his collection of whips.

Game posted surveillance video of the suspect in the act to Instagram -- then asked his 3.6 million followers to help catch the guy ... issuing a very serious warning to the dude in the vid.

Jones -- who played for a bunch of different NFL squads -- says he hopes Game finds the suspect before the cops to ... to give the guy his just desserts.

Check out the clip -- and don't EVER cross Thomas Jones.