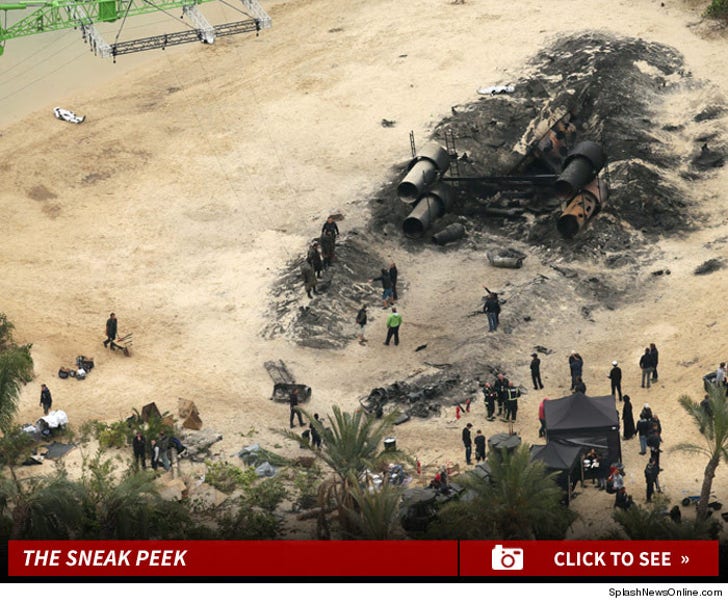 Break time's over ... the 'Star Wars' crew is back to work on the next movie -- filming a destructive scene in London.

"Rogue One: A Star Wars Story" started shooting last week ... and looks like the first scene centers around a crash -- complete with dead storm troopers around the wreckage. Ummm ... spoiler alert?

The movie is a spin-off from the main trilogy -- focusing on Rebel efforts to steal the Death Star plans, and it's due out in December 2016 ... right about the time fans finally start coming down from 'The Force Awakens.'