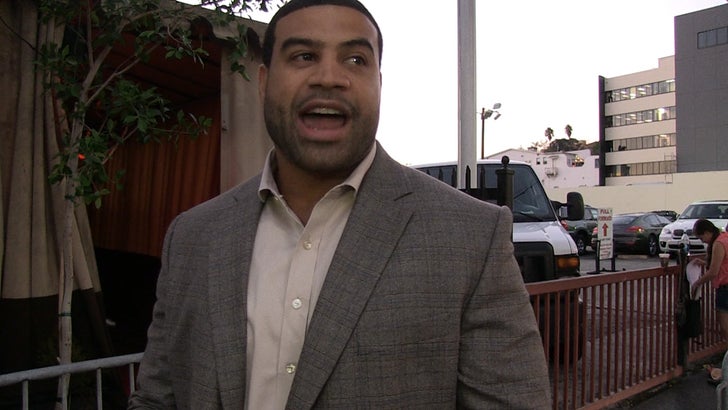 Donald Trump is covered on offense AND defense -- on the same day Tom Brady backed him, we got ex-stud linebacker Shawne "Lights Out" Merriman ... declaring his "friend" deserves to be prez.

Merriman was in Hollywood Wednesday when we asked him about Brady's endorsement of Trump, and he not only co-signed ... he revealed Trump has "always been a good friend" of his, and someone he can call at anytime.

It's unclear how Shawne and Donald first hooked up, but based on this clip ... sounds like they're really tight. Merriman also defended some of Trump's controversial comments, telling us ... "That's not the Donald Trump that I know."

There is one thing about Trump that Merriman isn't crazy about. Watch and listen to his reaction when our photog first mentions Brady. 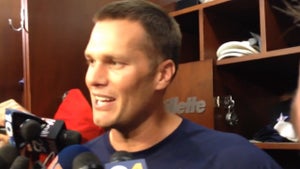 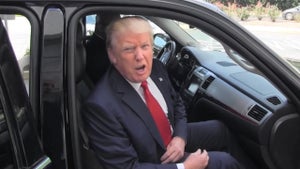 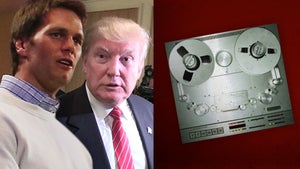 Tom Brady -- I Love Donald Trump ... Not Sure If I'll Vote for Him Tho