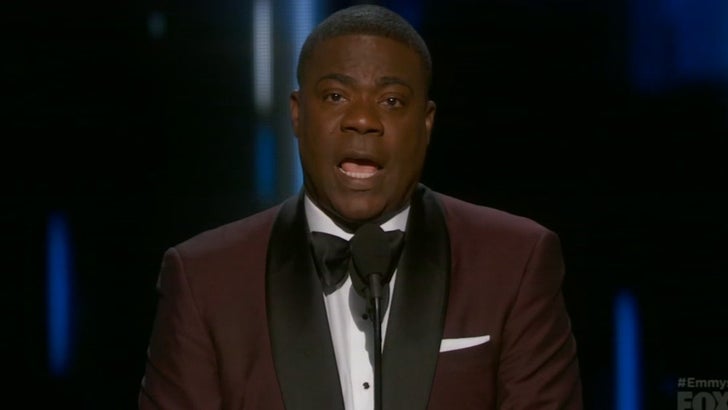 Tracy Morgan made his first big public appearance since his accident in June 2014 ... presenting the award for Best Drama Series at Sunday night's Emmy Awards.

Morgan spoke from the heart -- thanking his family and doctors -- and even cracked a few jokes as only he can.

The "30 Rock" star was in a coma for eight days following a car accident on June 7, 2014 when his vehicle was struck by a trailer operated by Walmart.

Since his recovery, Morgan has settled his lawsuit against Walmart, got married, and will host "Saturday Night Live" next month.