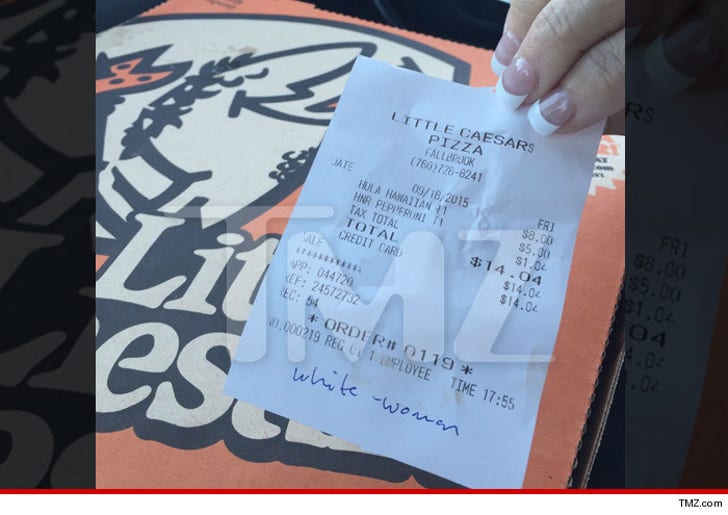 Little Caesars caters to white women ... the problem is, they referred to one of them as "white woman."

We've learned a Caucasian woman went to a Little Caesars last Friday in Fallbrook, CA ... near San Diego. She ordered 2 large pizzas -- a Hawaiian and a pepperoni. When the employee handed her the order, a piece of paper with the words "white woman" was Scotch-taped on the top box.

The woman complained that identifying her as a "white woman" was wrong, and if it were another race everyone would be up in arms.

It didn't end there. The woman contacted Little Caesars' customer service department and demanded an apology.

She says someone from the pizza company contacted her and said the employee was not using race to ID her ... he claimed he was describing the shirt she was wearing. She was forgiving enough that she asked L.C. not to fire the employee.

For their part, Little Caesars gave her 4 large pizzas and breadsticks ... for free. 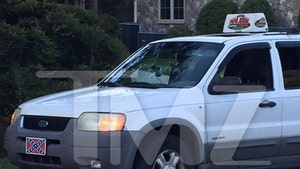