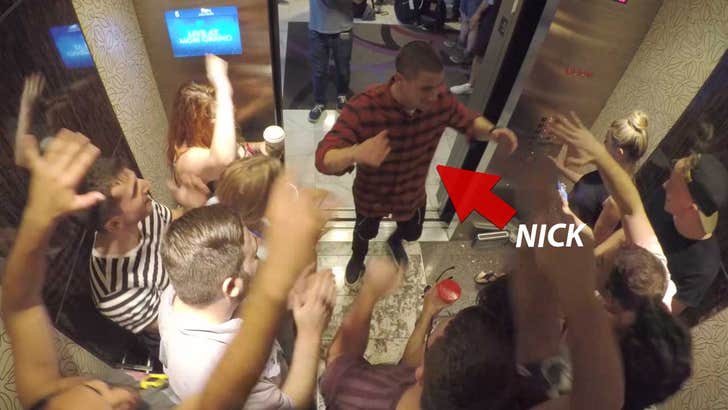 Nick Jonas hosted a dance party complete with wild chicks, celeb cameos ... and a giant inflatable penis -- and even though it doesn't sound like it ... it was just another day at the office.

Nick was staying at the MGM Grand for the iHeart Radio Music Festival when he got the idea to surprise hotel guests with the elevator rager -- as a clever way to promote his song, "Levels."

We're told the MGM Grand gave Nick access to 2 lifts he rigged with hidden cameras so he could film the whole thing.

Labelmates Tove Lo, Pete Wentz, The Vamps and Shawn Mendes helped get the party started before the crew picked up a bachelorette party, and a Vegas tourist who had no problem taking off his shirt.

We gotta hand it to Nick, he's got a knack for hijacking things. 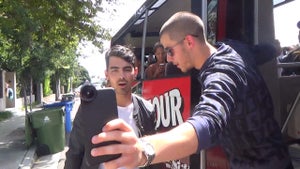 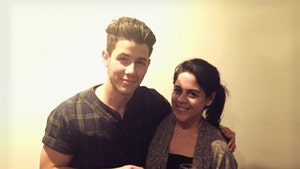 Nick Jonas ... May I Uncork Your Pinot Grigio? 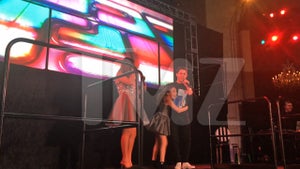