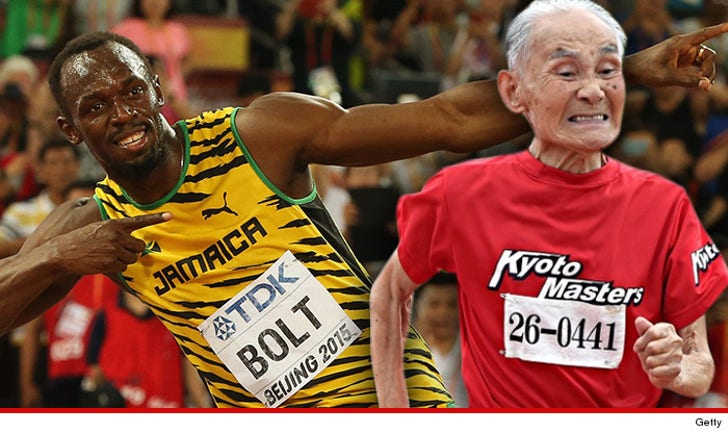 Usain Bolt says he's NOT AFRAID of a challenge ... even if it's from a 105-year-old man ... telling TMZ Sports he's absolutely down to race the centenarian sprinter who called him out!

The challenger is Hidekichi Miyazaki -- aka "Golden Bolt" -- who set the world record in the 100 meter dash for people 105-years-old and up with a time of 42 seconds. 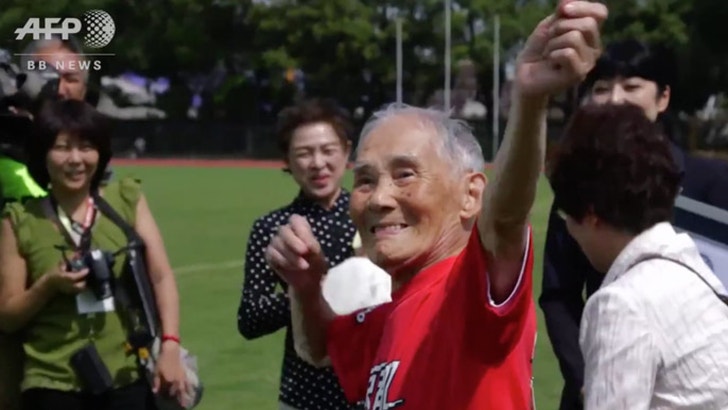 After the race, Miyazaki did Usain's famous lightning bolt celebration -- and challenged the Jamaican to a race!

Now, Bolt's agent Ricky Simms tells us, "Usain would be delighted to accept the challenge and meet Mr. Miyazaki the next time he is in Japan."