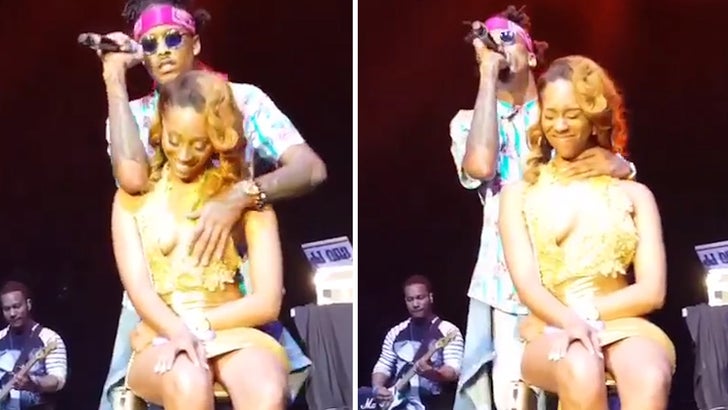 August Alsina gave a female fan a VERY touching performance -- so touching, it might be criminal.

The R&B singer did a show in Baton Rouge this weekend and invited a woman up onstage. While he crooned, he stood behind her and started massaging her shoulders ... and quickly headed south.

Watch the video ... Alsina full on groped her breasts, and she definitely seems uncomfortable with the situation. It's unclear if the woman was randomly selected from the crowd, or if she's a plant -- a paid performer in the act.

Either way ... audience members were shocked, and fans have been ripping Alsina on social media. 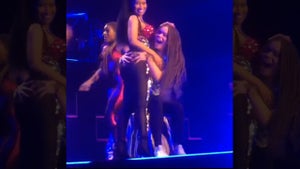 Nicki Minaj -- T & A For Everyone ... During Onstage Grope Sesh (VIDEO)