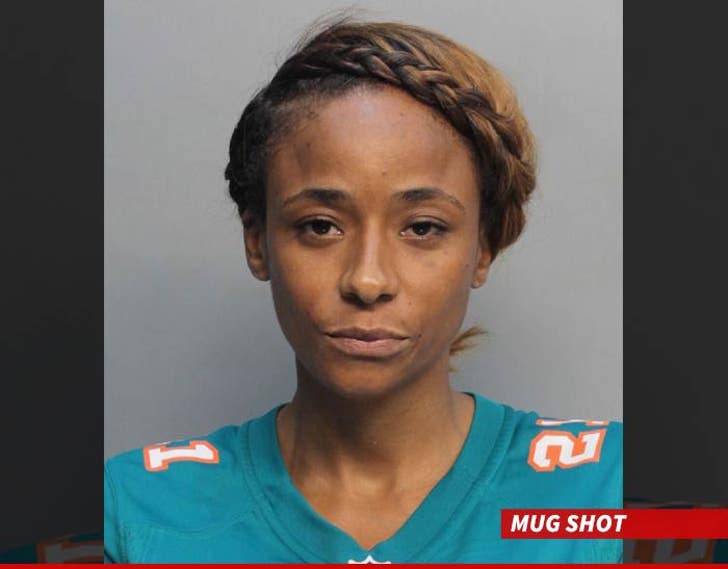 The wife of Miami Dolphins cornerback Brent Grimes headbutted a female officer in the face at Sun Life Stadium on Sunday ... this according to the police report obtained by TMZ Sports.

Footage of Miko Grimes surfaced on social media yesterday ... showing the sports talk radio host being pinned to the ground by officers right around the time the Dolphins game started. 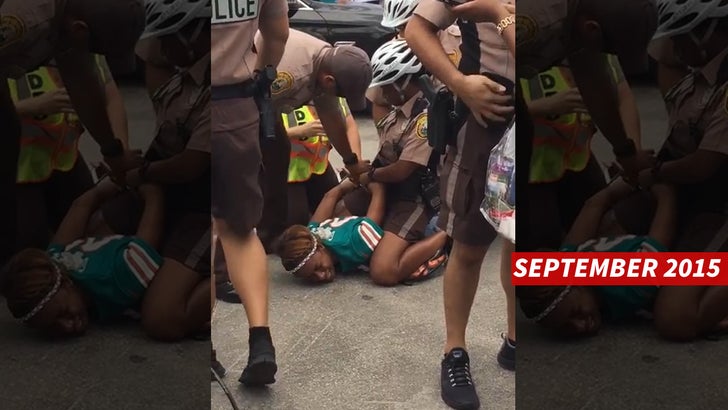 Now, the Miami-Dade Police Department is explaining the arrest ... saying Miko had not only disobeyed cops when she was specifically instructed to stay away from a restricted area ... but she became physically combative.

Cops say 40-year-old Miko "started screaming obscenities saying 'f**k you cops you can't tell me what to do.'"

Cops say a struggle ensued ... with Grimes kicking her feet and flaring her arms. At one point, she "cocked her head back and head-butted [an officer] in the left side of her face."

Cops say they threatened to use the taser on Miko -- but she calmed down.

She was eventually arrested on charges of battery on a police officer, resisting arrest and disorderly conduct. On the police report, she was listed as 5'10" and 120 pounds.

We reached out to Grimes for comment -- so far, no word back. 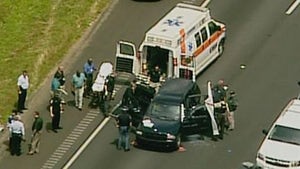 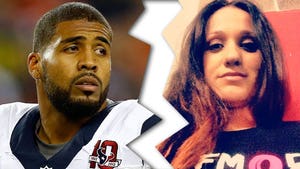 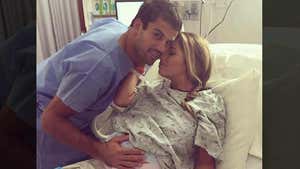