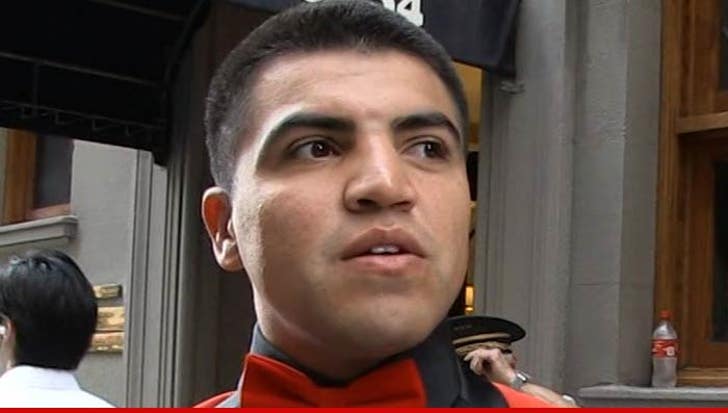 Boxer Victor Ortiz is adamant he did NOT assault a country music fan at a Jason Aldean/Kenny Chesney concert back in July ... and pled not guilty in court moments ago.

We broke the story ... Ortiz -- a former "Dancing with the Stars" contestant -- was arrested on July 25th when officials say he and his brother beat the living daylights out of a guy at the Rose Bowl.

If convicted, Victor faces up to 2 years in county jail ... which is a big deal, considering he's got a budding movie career with roles in flicks like "Southpaw" and "The Expendables."

Vic and his brother are due back in court next month.