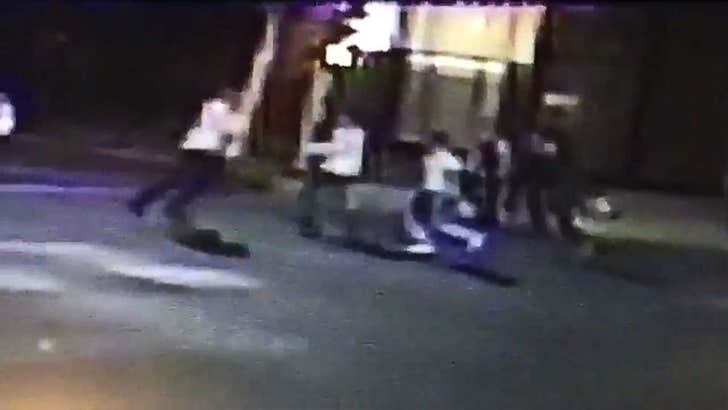 Crazy footage has surfaced showing the wild street brawl that resulted in the stabbing of French terror train hero Spencer Stone ... in which you can see he was fighting at least 3 other men.

The fight was caught on video by a surveillance camera at a nearby liquor store in Sacramento -- you can see Stone (reportedly the bigger man in the white shirt) swinging wildly at the other fighters.

At one point, you can see one the fighters strike Stone in the chest area with what appears to be a weapon -- and his shirt almost immediately begins to turn red from the blood.

Stone was hospitalized with serious injuries -- but now officials say he's in stable condition and he's expected to survive.

Cops also say alcohol was a factor in the fight and insist the fight is in NO WAY connected to the terrorism incident in France.

Investigators are currently checking out 2 nightclubs in the area for information on the suspects. 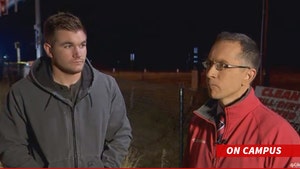 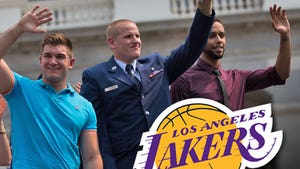