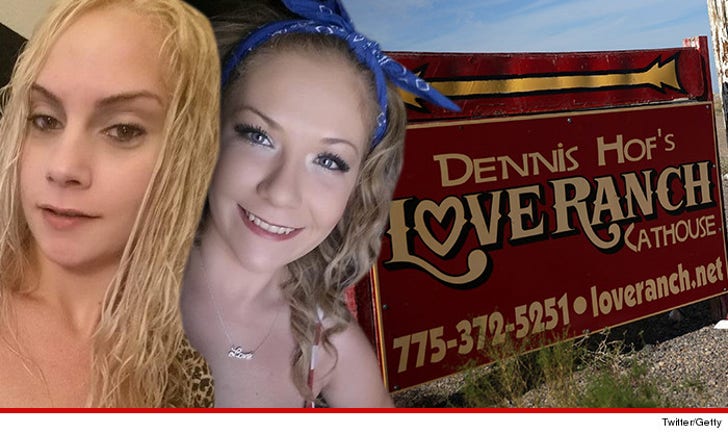 Lamar Odom might be the swan song for prostitutes Monica Monroe and Ryder Cherry ... at least at the Love Ranch South, where they've been benched by Coach Hof.

The brothel's owner Dennis Hof tells us he put Monroe and Cherry on indefinite suspension after TMZ broke the story about their statement to police ... that Odom was "snorting" something -- possibly cocaine -- in the bathroom while they partied with him.

Hof says he's pissed for 2 reasons. First, the ladies know there's a strict no drugs policy at the Ranch -- and secondly, he says they failed to tell management about the "snorting."

He says both girls have been MIA since the Lamar incident -- they left the Ranch and won't respond to his phone calls.

Hof says they'll be grabbing wood at least until they come back for a face-to-face meeting with him.