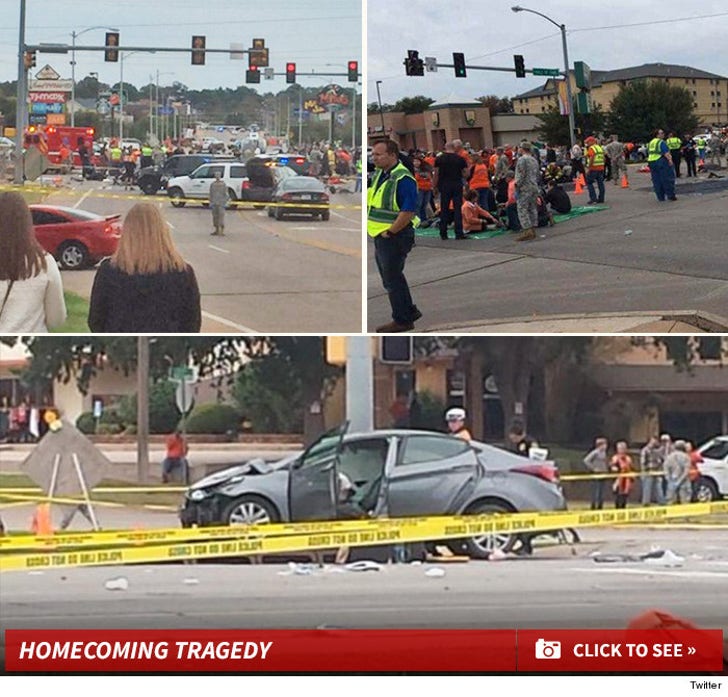 Three people are dead and several others have been seriously injured after a car slammed into fans watching the Oklahoma State Homecoming Parade Saturday morning.

According to reports, the vehicle was moving at a "high rate of speed" and plowed through dozens of spectators. At this time, three people have died and 22 are injured ... according to police in Stillwater, OK. The driver, a 25-year-old woman has been arrested on suspicion of DUI.

University President Burns Hargis said the game scheduled for Saturday afternoon between Oklahoma St and Kansas will be played in honor of the victims.