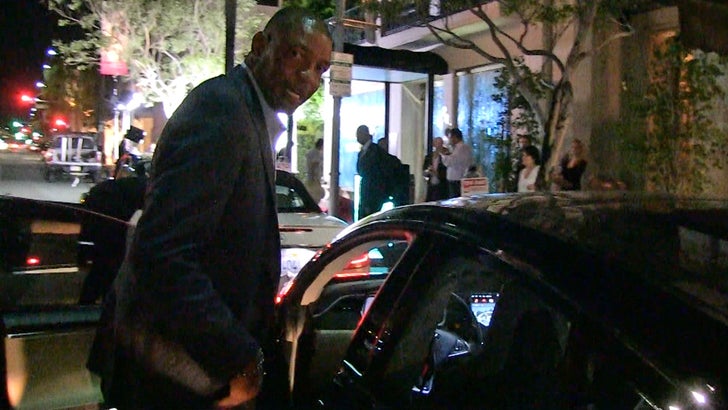 Doc Rivers says there's NO BAD BLOOD between him and Matt Barnes -- despite alleged claims from Matt that Doc couldn't wait to ship him out of L.A.

The latest round of Barnes drama stems from an article on NBA.com -- in which Barnes reportedly said he and Rivers "never saw eye to eye" and that he "couldn't wait to get rid of me."

So, when we asked Rivers about it last night at Mastro's in Beverly Hills -- Rivers actually VOUCHED for his former Clippers player ... calling him a good guy and saying he wasn't jonesing to ditch him.

Question is ... you believe it?