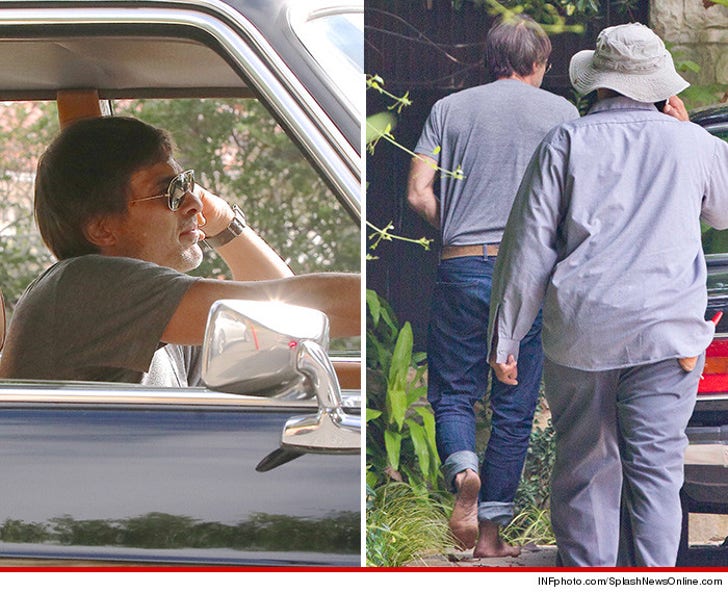 Olivier Martinez rolled up to the last place anyone would think to see him Wednesday PM ... the home of his soon-to-be ex-wife Halle Berry.

He wasn't there picking up a pair of old shoes either ... he resurfaced 10 minutes later and drove off.

They have filed dueling divorce cases this week, each claiming to be the petitioner.

As we previously reported, Berry's lawyer filed a second divorce petition hours before this picture was taken ... this time using their real names.