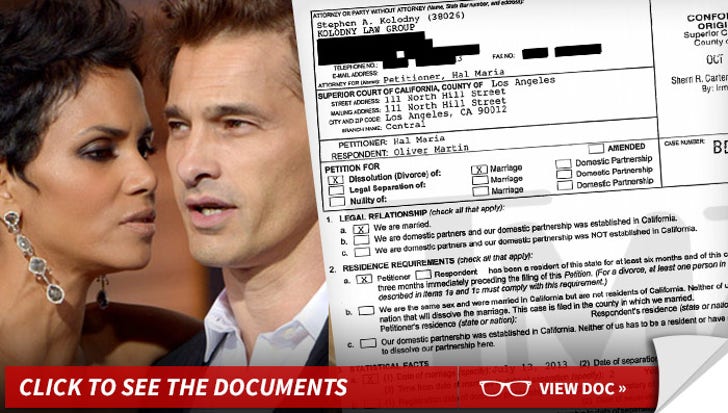 Halle Berry's divorce petition went under the radar, because she didn't use her real name, and now a legal fight is brewing over who's divorcing who.

Halle gives her name as Hal Maria. Hal is obviously short for Halle, and Maria is her middle name. We're told she did it for privacy reasons.

As for whether filing under an alias is legal or not, it's somewhat unclear, and a judge may have to decide if Halle's petition is legit or if Olivier becomes the petitioner.

We do know this ... Halle did not properly serve Olivier ... she just handed him the documents, which she's not allowed to do. Under California law, a party to an action can't serve the other party.

One interesting thing in Halle's divorce document ... as we reported, the couple has a prenup, and now we know the document provides that each party is entitled to the earnings they made during the marriage ... at least according to Halle. 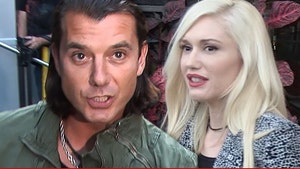