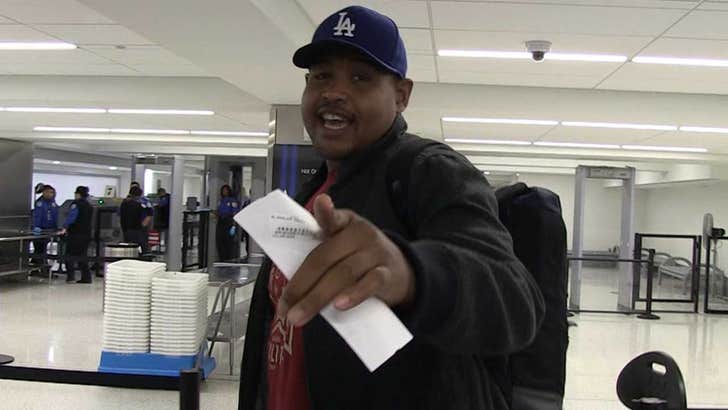 Former Dodgers manager Don Mattingly still has one friend in L.A. -- "Ballers" star Omar Benson Miller says it's not Mattingly's fault they bombed in the playoffs, and he didn't deserve the axe.

We got Omar, a huge Dodgers fan, at LAX and asked if he agreed with the "mutual" parting of ways. Omar dropped some wisdom about who's really to blame for the blue crew flaming out in the NLDS ... and it damn sure ain't Donny Baseball!

Check out the clip -- Omar thinks the front office should be questioning certain moves, and he names names.

Coincidentally, Mattingly's now the Marlins skipper down in Miami ... where Omar shoots "Ballers."

So, reunited and it feels so gooood ...