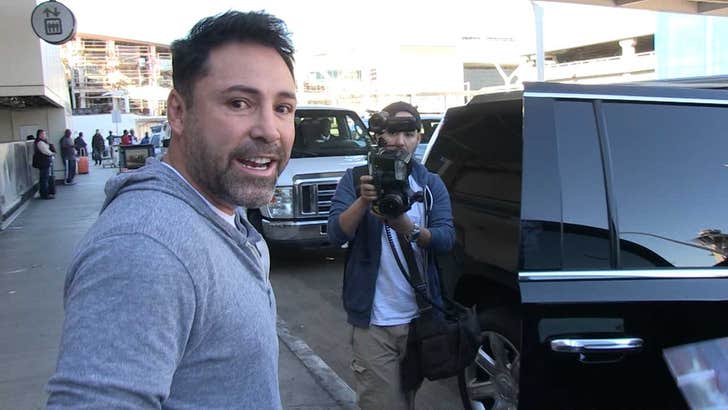 The Golden Boy just ripped Floyd in a "farewell letter" in Playboy ... claiming the sport will be BETTER without him in it.

But when we saw Oscar at LAX moments ago, he had a completely different opinion about Jay Z -- who's been loading up his Roc Nation Sports roster with big name boxers.

Oscar and Jay also have a $100k bet (for charity) on the Canelo Alvarez vs. Miguel Cotto fight -- since Oscar reps Canelo and Jay reps Cotto.

We asked Oscar how confident he is about taking Jay's money -- you can see Oscar's got real respect for Hova ... unlike Floyd. 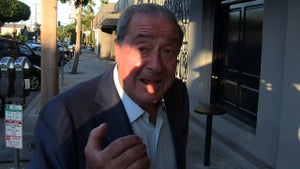 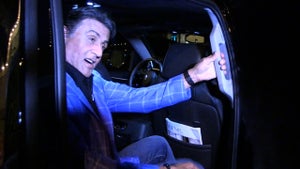