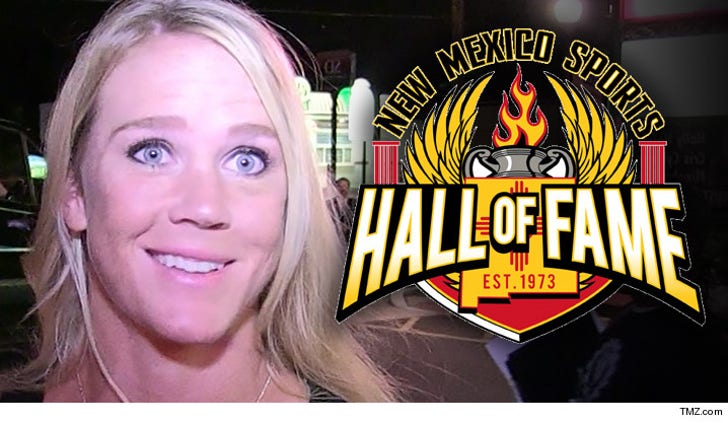 Holly Holm's insane week just got better -- 'cause she's been nominated to be inducted into the New Mexico Sports Hall of Fame ... TMZ Sports has learned.

We spoke with NMSHOF president Marty Saiz who tells us Holm will be named NM's Pro Athlete of the Year for her meteoric rise to UFC champ.

"She will also be nominated to be in the Hall of Fame when candidates are announced in December."

If voted in, Holly will join the ranks of other NM sports legends like Brian Urlacher, Michael Cooper, Ralph Kiner and both Al Unser!

"Holly is not just a hero but a great role model for athletes," Saiz says.

"If Holly ran for governor she would probably win by a land slide. She's just so nice. Nobody has ever said anything bad about her in this community." 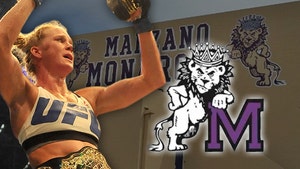