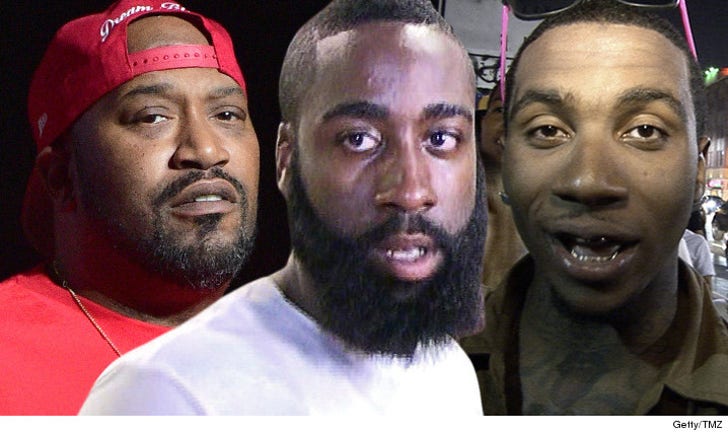 This is gonna get interesting ...

Texas Rap legend Bun B is turning the tables on Lil B ... saying his "Based God Curse" can't hurt the Houston Rockets ... cause LB is as guilty of dance jacking as James Harden.

TMZ Sports spoke with Bun B ... and he tells us the Rockets are immune to the so-called curse cause Lil B TOTALLY JACKED the dance from another rap god, Pimp C.

"I've known Lil B since he was in the Pack. I support him musically. But we don't buy into that because we know that Pimp C created [the cooking dance] not Lil B. We don't stand for that."

That wasn't the only curse Bun B was willing to tackle ... he also dispelled any notion that there was a Kardashian curse plaguing the Rockets ... because Harden is dating Khloe.

"That's preposterous. When people are so in love with a team and passionate about it, they need to make an excuse to feel better." 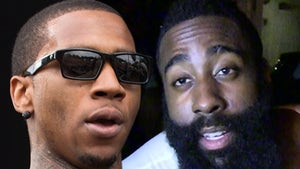 Lil B Re-Curses James Harden ... 'He Will Pay' For IG Diss 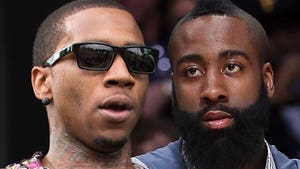 James Harden -- Officially Under Lil B's Spell ... The Curse Is On!