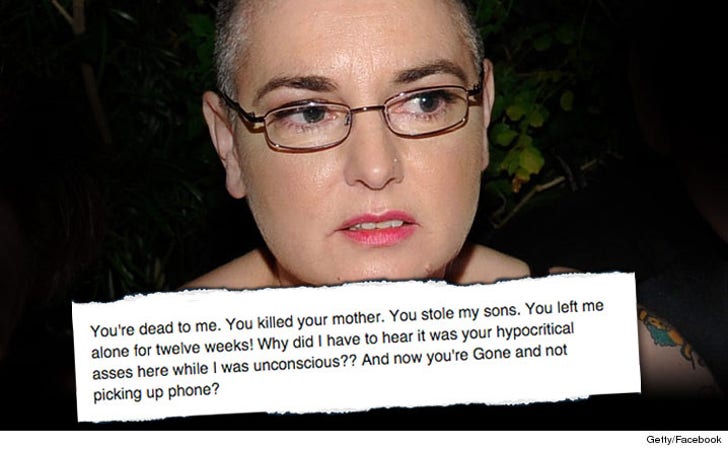 Sinead O'Connor is alive and (physically) well and back at it again ... blasting her family and calling them "child stealing murderers."

O'Connor once again took to Facebook to trash her children, a few baby daddies and her sister ... saying, "I'm s*** to you. You're dead to me. You killed your mother. You stole my sons."

The vitriolic diatribe was her second in as many days ... after her first note, posted Sunday morning, appeared to be a suicide note directed to those same family members.

O'Connor claimed in that post to have taken an overdose of pills, but she was later found "safe and sound" in Dublin and was reportedly getting medical attention. 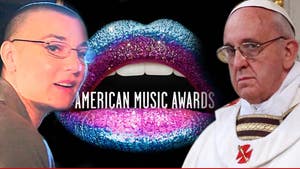 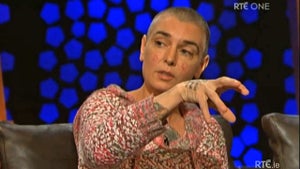 Sinead O'Connor to Simon Cowell -- You're A MURDERER!