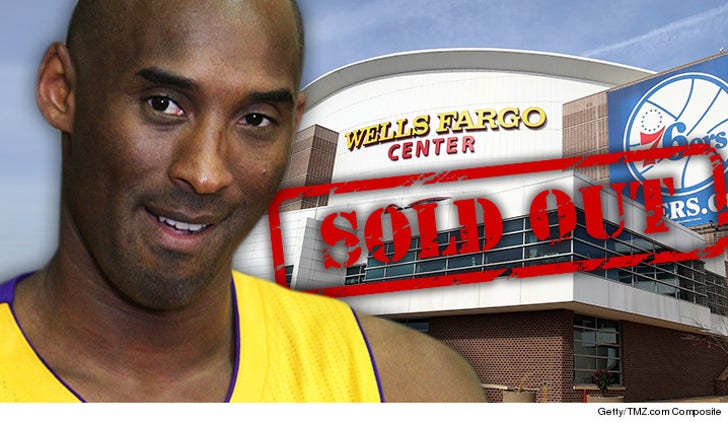 For a guy who supposedly doesn't like assists, Kobe Bryant just gave a HUGE one to the Philadelphia 76ers -- 'cause the team is expecting its 1st sellout of the season Tuesday night ... thanks to KB.

Of course, it's a big game in Philly -- the city where Kobe played his high school ball -- since it's the last time Kobe will step foot on their court as an NBA player.

We spoke to reps at the Wells Fargo center -- where the Sixers ball -- who tell us the fans have been clamoring for tix to the Sixers vs Lakers game ever since Kobe's retirement announcement.

"We anticipate the demand for tonight's game will result in a sellout," a rep for the Wells Fargo Center tells us.

"We have an extremely limited number of seats remaining for tonight's game at this point."

The Sixers are even worse than the Lakers this year (impossible, right?) and we're told fan interest had been lukewarm ... but the Mamba's swan song was enough to put butts in the seats for the first time all year.

As far as the game itself, we already know who's going to lose ... anyone who watches.