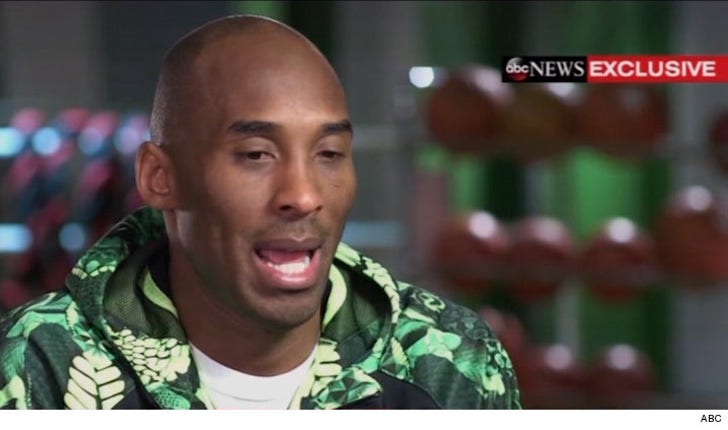 According to Kobe Bryant, it wouldn't be a sweep ... that's for sure.

Bryant sat down with Robin Roberts on ABC's "Good Morning America" and said if they ever faced off, he's confident he could beat MJ ... at least some of the time.

Bryant also named his Top 5 NBA players of all time ... and didn't put himself on the list.

So, who made the cut? Check out the clip.