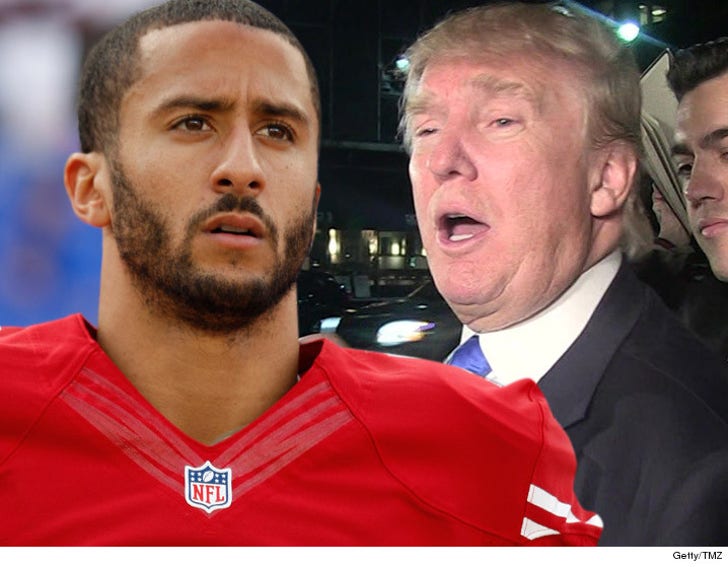 Colin Kaepernick has had enough of Donald Trump -- and anyone else trashing Muslims -- and now he's going after the presidential candidate in a social media offensive.

The 49ers QB posted a quote from retired Air Force Col. Tom Moe -- essentially saying if you ignore Trump's policies towards Muslims, Hispanics and black people ... you might be the next group he targets. 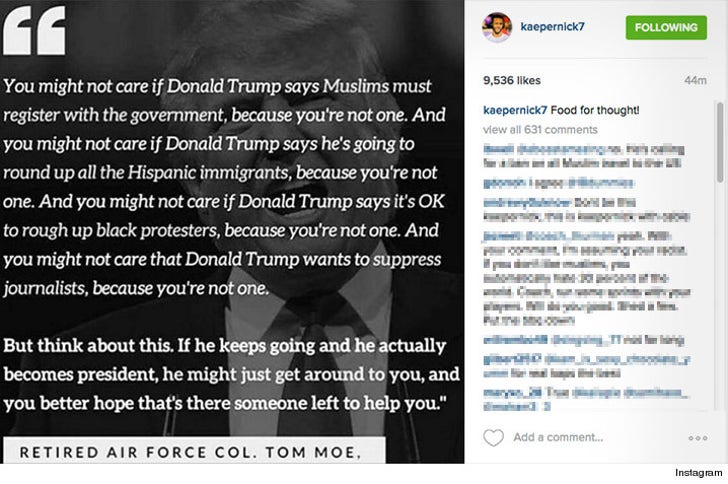 He also posted a photo comparing the current anti-Muslim sentiment to shameful examples of racism in American history.

Kaepernick added, "Racism and discrimination isn't OK we are all human beings! Things need to change!"

So far, no response from Trump ... but it's probably only a matter of time. 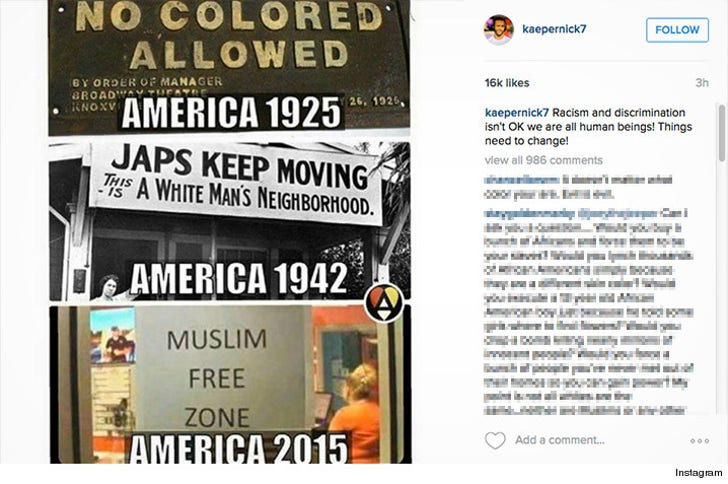