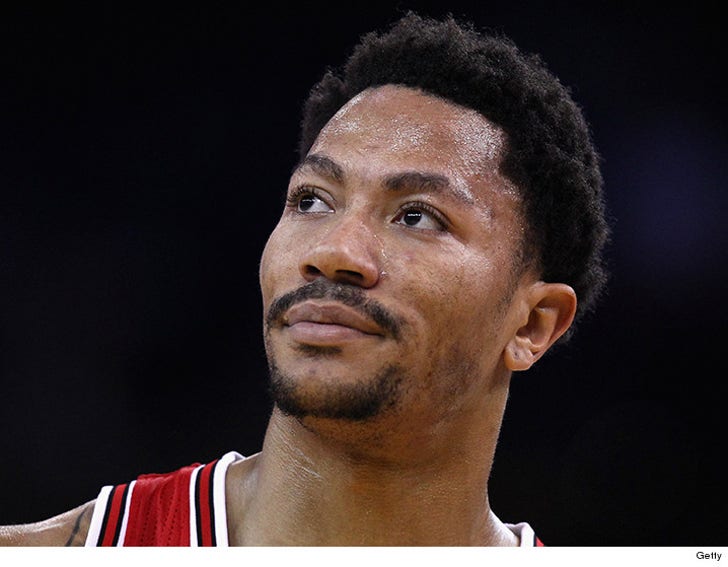 Derrick Rose says pictures of his accuser wearing a "sex belt" can help prove he's not a rapist -- claiming his accuser BRAGGED about using it during sex with the NBA star ... TMZ Sports has learned.

We broke the story ... the Chicago Bulls star is being sued for more than $20 million by a woman who claims Rose and his friends gang raped her during an incident back in 2013.

Now, a woman who says she was the accuser's ex-roommate and co-worker is coming forward to defend Rose -- claiming she was with the accuser the day after the incident and all the woman wanted to talk about is the "sex belt" she had planned to use with Rose.

In legal docs filed by Rose's attorney, the ex-roommate says the accuser showed her a picture that she had sent to Rose wearing the sex belt ... a belt the accuser claimed Rose had asked her to buy.

The ex-roommate says she had no idea what a sex belt was -- so the accuser explained, "A sex belt with two bars for the man to hold enables the man to get leverage and hold the bars during the 'doggie style' position."

A few days later, the ex-roommate says the accuser was complaining that Rose had not reimbursed her for the belt -- and she wanted to find legal representation to take action against him.

The ex-roommate says the accuser never mentioned rape or gang rape until after she became upset with Derrick.

As for Derrick, he acknowledges having sex with the accuser -- but insists it was consensual.