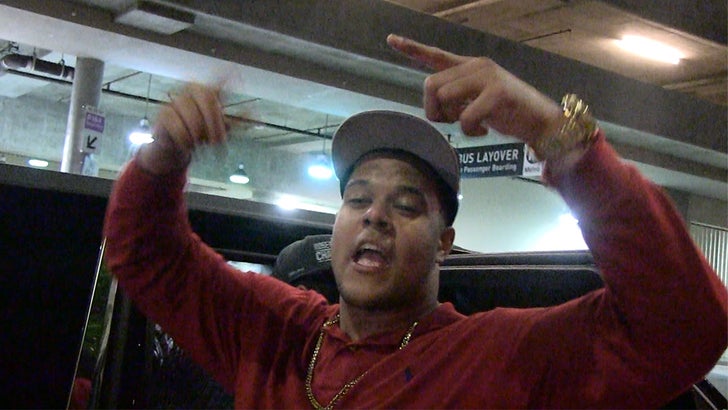 Stanford's 45-16 Rose Bowl victory over Iowa gave the team bragging rights, and brag they did outside The Argyle in Hollywood, when they trashed talked their rival.

Some of the guys are clearly sloshed as they piled into an SUV. One of the guys fatally fumbled a bottle of Grey Goose on the way out.

TMZ Sports Party All The Time