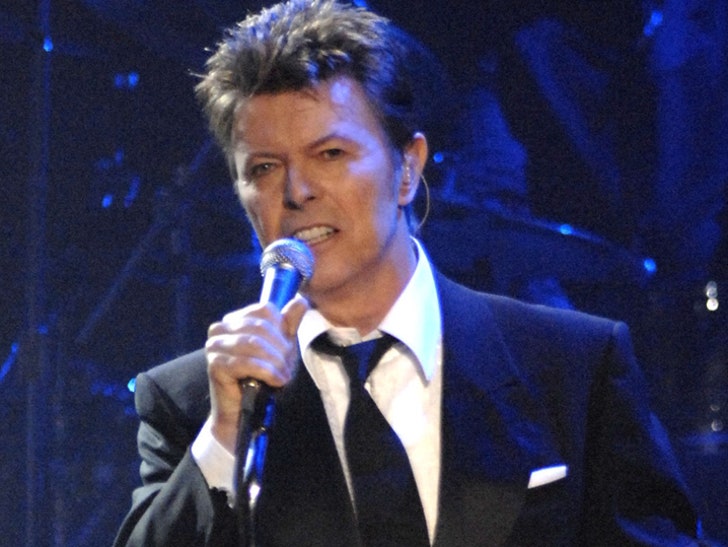 Anyone thinking they have a shot at resale tickets for the sold-out David Bowie tribute concert at famed Carnegie Hall should think again ... they're already going for $3k a pop.

The Carnegie Hall box office says tickets for "The Music of David Bowie" sold out Monday within an hour.

Organizer Michael Dorf tells us previous concerts paying homage to Neil Young, The Rolling Stones and Prince were sell-outs too ... but it usually took 3 months to get there, not 60 minutes. 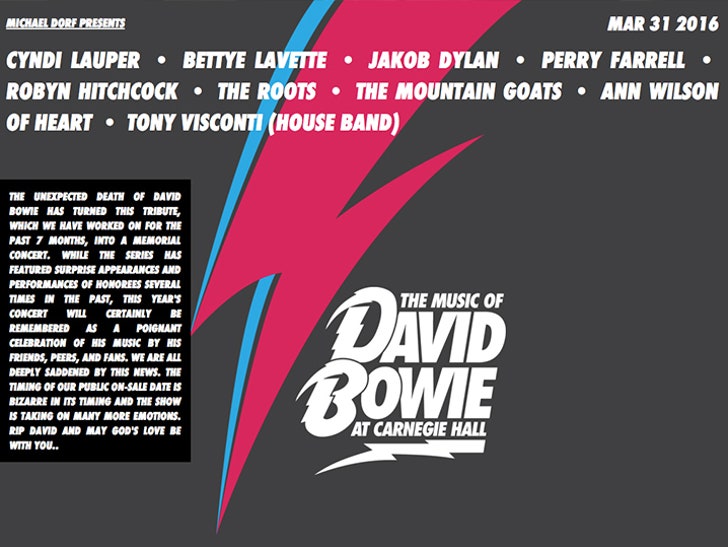 The March 31st concert -- featuring The Roots, Cyndi Lauper, Jakob Dylan and others -- was planned 7 months before Bowie's death, but Dorf has now changed it from a tribute to a memorial.

StubHub has no tickets for sale. TicketNetwork has resales in row N for $765 a seat, and one person wants $3,733 a pop for row BB in the back on the floor. 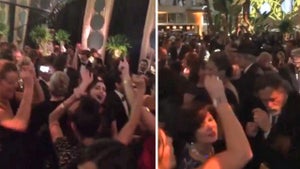