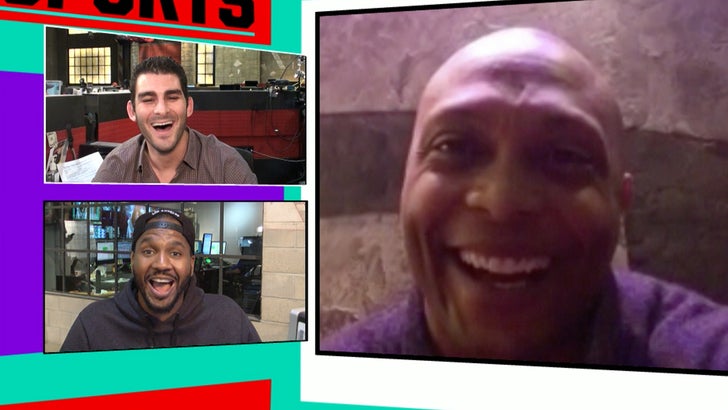 Cover your ears college football fans ... Heisman trophy winner Eddie George says he'd gladly put his statue out to pasture ... if he ever was lucky enough to get a Tony Award for his acting.

Eddie joined the guys on TMZ Sports (TONIGHT AT 12:30 PM ET on FS1) talking about his starring role in the Broadway production of "Chicago" ... when he was asked if he'd kick the Heisman off the mantle piece for a Tony.

George then uttered the words sure to cause some coronary activity in the Downtown Athletic Club ... saying at this point it's all about Tony!!!!

Make sure to watch the ENTIRE interview on the show tonight!