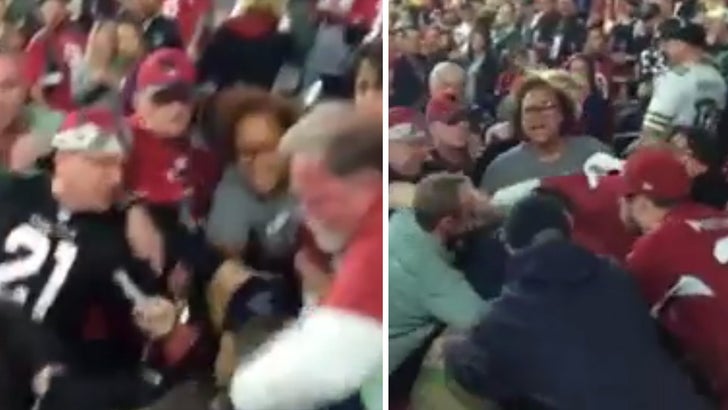 If you thought last night's Packers vs Cardinals game was heated on the field ... wait till you see the action in the stands.

You see a lone fan with a Seahawks jersey -- unclear why he was wearing it -- get beaten on by a bunch of Cardinals fans. Words were clearly exchanged before the fight broke out.

The Seahawks fan gets ejected from the game, and you hear the videographer scream that the guy was the victim. But watch closely ... before the fight erupts, you see the Seahawks fan get another guy in a headlock.

According to the person taking the video, several arrests were made after the incident.