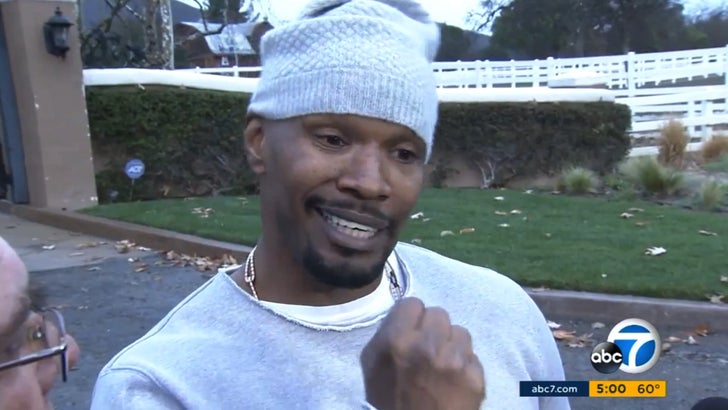 Jamie Foxx has finally broken his silence about rescuing a man from a flipped vehicle that caught fire ... giving details about how he was able to save the guy's life.

Foxx spoke to KABC outside his Hidden Valley home Tuesday about the incident. Foxx says he used a pair of EMT scissors to cut the driver's seat belt and hoisted him out of the truck and to safety.

The man's dad was on scene too to thank the actor and got emotional for obvious reasons.

The coolest part? How calm Foxx was when talking about the rescue, dude's got ice in his veins. 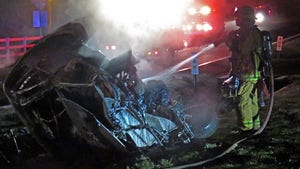