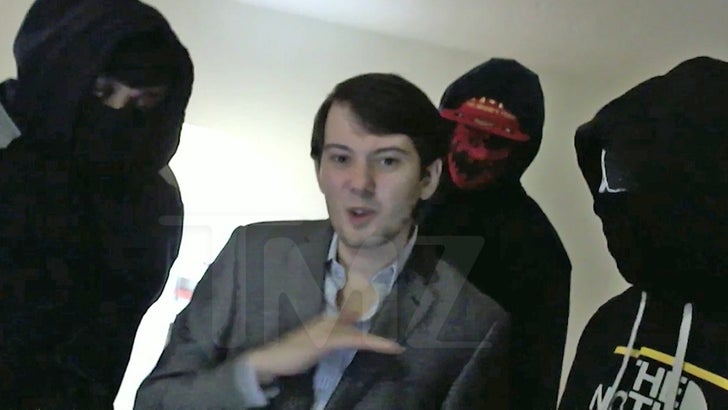 Ghostface Killah from Wu-Tang Clan just made a BIG mistake by mocking Martin Shkreli ... according to Shkreli who's now making a slew of threats against Ghost.

TMZ obtained a video the pharma exec recorded while wearing his hardest sport coat, with 3 masked men standing behind him. Shkreli, who dropped $2 mil for Wu-Tang's one-of-a-kind album, is pissed Ghostface referred to him as the "Michael Jackson nose kid."

You gotta watch his video threat. It's a little scary, and a lot entertaining. Think ISIS ... on 'SNL.' The best part -- he refers to Ghost by his "government name" ... Dennis. Major diss.

Shkreli -- who's still awaiting trial for securities fraud -- even threatens to erase GK's voice from the "Once Upon a Time in Shaolin" album ... which you can hear playing in the background. Another reason this is must see. 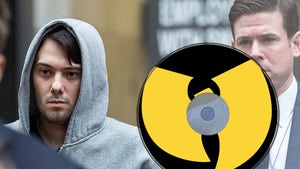