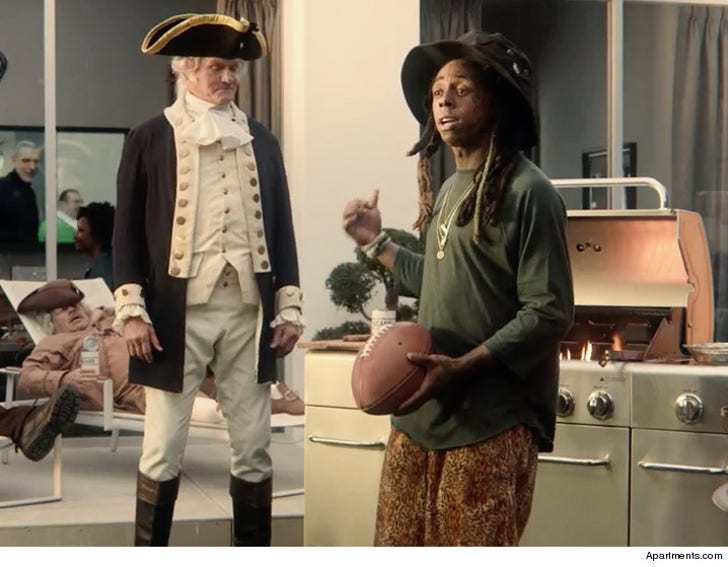 Lil Wayne and George Washington co-star in a Super Bowl commercial this year -- but some people are taking issue, since it shows Wayne cooking for George ... who famously owned slaves.

The ad for Apartments.com features Jeff Goldblum and a gospel choir singing 'Jeffersons' theme "Moving On Up." Eventually you see George and Weezy (get the reference?) all chummy next to a rooftop barbecue grill.

The criticism? The ad is low-key racist due to Washington's history as a slaver, but Wayne's camp doesn't see it that way ... at all. A source very close to him says the commercial is "meant to be funny and silly and not the least bit offensive."

The source added it's supposed to be comedy, and "people need to calm down."

We've also reached out to Apartments.com, but no word back yet. Either way, their ad's getting way more attention now. 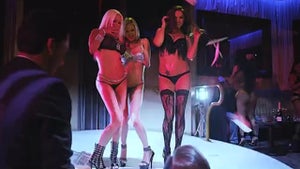 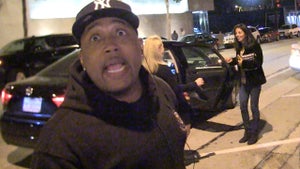 Daymond John -- Super Bowl Ad Prices Are Insane ... And For That Reason, I'm Out (VIDEO)