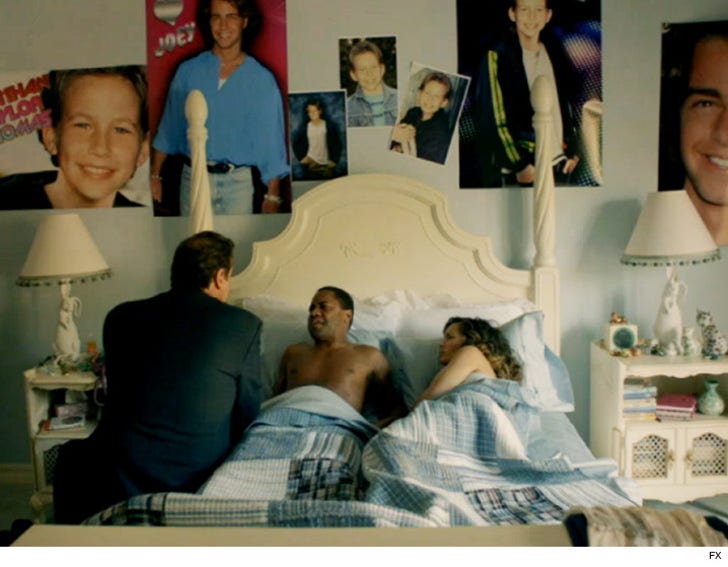 The new O.J. Simpson series is awesome, but there's a Kardashian-related story line that is just not true ... TMZ has learned.

O.J. Simpson did NOT threaten suicide with a loaded gun pointed at his head in Kim Kardashian's childhood bedroom -- it was KHLOE'S room ... and the walls weren't adorned by Joey Lawrence.

Our Kardashian sources say Kim and Kourtney shared a bedroom in the Encino home, and Khloe had a room to herself -- the one featured in the show. 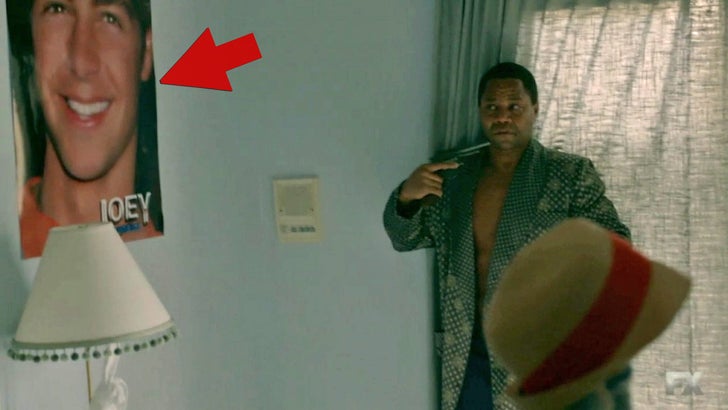 As for the posters plastered on Khloe's wall of Joey Lawrence and Jonathan Taylor Thomas, we're told none of the girls had pics on their wall.

In fact, check out Robert Kardashian's interview with Barbara Walters back in 1996 (below). They're sitting in the room where O.J. threatened suicide, and there's not a poster in sight. BTW, he never says it's Kim's room. He simply says "my daughter's room." Our Kardashian sources are clear ... it's Khloe's. 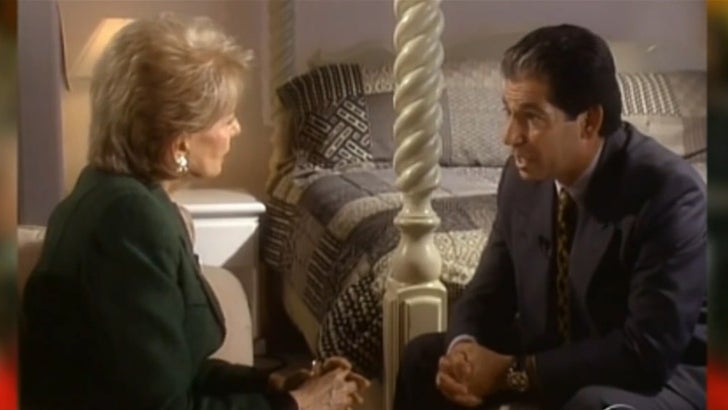 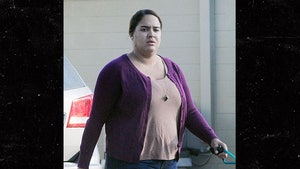