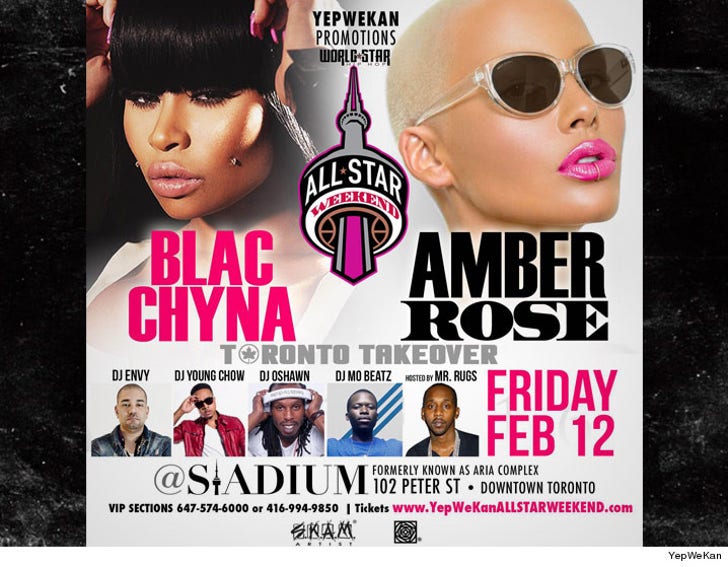 Blac Chyna and Amber Rose are headed to Toronto Takeover for the NBA All-Star Weekend to host a huge event -- though only one is returning with more dough than the other.

Sources close to the event say the two friends were hired to co-host the party at the Stadium club this Friday night -- yet Amber is pulling in $30,000 while Blac gets smaller pockets with $25,000. The $5,000 difference is because Amber Rose is a bigger draw.

Although Blac will probably not bring her man Rob Kardashian -- we're told the promoters didn't want to shell out the $75,000 to $100,000 they think he would've wanted.

Tix for the event range from $50 to $3,500 -- but there's a $10,000 VIP baller rate not even sold to the general public. The VIP package is only open to athletes or celebs because they'll be the ones next to Blac and Amber.

$55,000 to co-host one night? And by co-host, we mean stand there, look pretty and party. Sounds like a win-win for both Rose and Chyna. 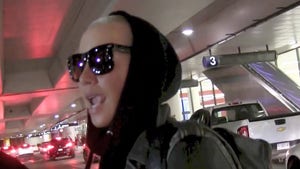 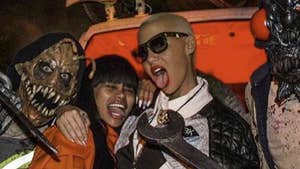