Kristin Cavallari's family says her brother Michael suffered from extreme paranoia leading up to his fatal disappearance in Utah ... fearing a Mexican gang member was after him.

According to the Grand Co. Sheriff's report -- obtained by TMZ -- Michael Cavallari's mother Judy told cops he was diagnosed as bipolar and had recently claimed a gang member was out to get him.

Michael's car was found a few days after he went missing ... with 2 cell phones, a laptop and a golf bag containing $18k in cash inside. One possible explanation for all that loot -- the report says he'd just inherited $24k from a grandmother.

Almost two weeks after they found his car, investigators found Michael's body naked in the Utah wilderness with his clothing strewn around him. Investigators believe Michael suffered from "paradoxical undressing" ... a very common phenomena before someone dies from hypothermia. 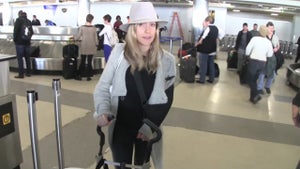