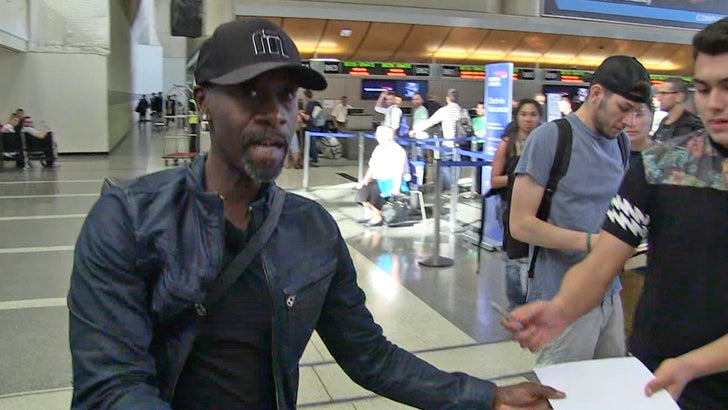 Don Cheadle may have thought Kendrick Lamar was robbed at the Grammys, but he never would have jumped onstage Kanye style to jack Taylor Swift's moment ... because that would be classless.

Our photog got Don at LAX Tuesday and it seems the actor wants to move on from his Grammys tweet. Don thinks Taylor's just fine, but Kendrick was really the man of 2016. 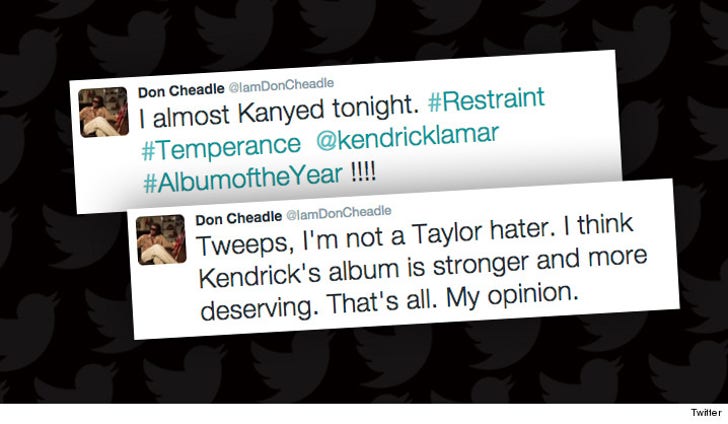 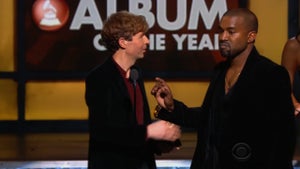