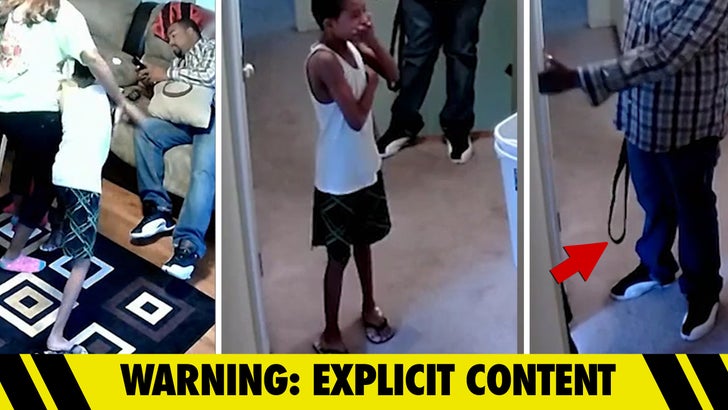 Jo Frost's reality TV crew recorded footage of a father disciplining his child with a belt, and she felt the incident was so severe she reported it to child services ... TMZ has learned.

While recording an episode of her new show "Jo Frost: Nanny On Tour" ... Frost visited a family last October in Gwinnett County, GA. Sources connected to production tell us the Spivey family contacted the show because their 3 kids don't respect mom's word around the house ... only dad's.

After Jo's visit the show left surveillance cameras -- with the Spiveys' approval -- which captured a scene where the father sends his 9-year-old son up to his bedroom, takes off his belt and then goes into the bedroom. The boy was in trouble for using dad's charger.

The episode, which aired Thursday night on the UP channel, doesn't show any beating, but you can hear the boy wailing from behind the closed door.

As part of her follow-up with families ... Frost reviews the footage and we're told when she saw what happened between Chris Spivey and his son, she immediately reported it to DCFS.

We spoke to the Spiveys, who confirmed DCFS investigated. Mr. Spivey admits using corporal punishment in the past -- which is legal in Georgia as long as the child isn't injured -- but he denies hitting his son in the video. He claims he only "hit his bed," and claims the boy was crying because "he was frightened."

The Spiveys say DCFS ultimately found no wrongdoing. We've contacted the agency, but haven't heard back. Our show sources say Jo thought it was important for the episode to air because she's staunchly anti-corporal punishment, and wanted to start a conversation. 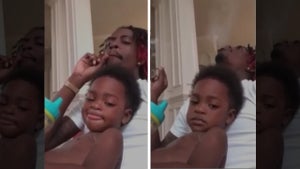