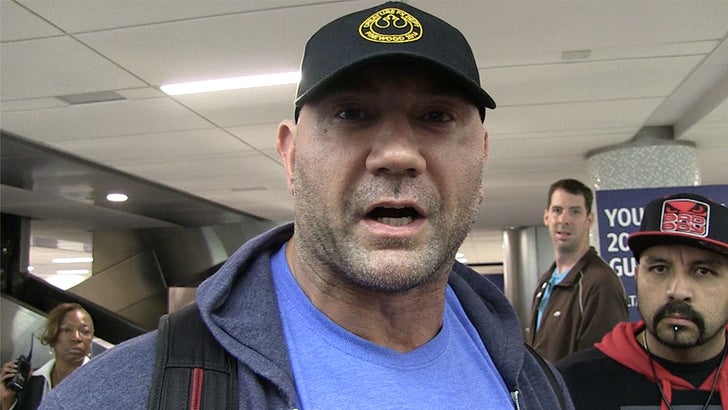 Manny Pacquiao is a "f**king idiot" -- so says "Guardians of the Galaxy" star Dave Bautista ... who says he's EXTREMELY offended by the boxer's anti-gay comments because his mom's gay.

The former WWE superstar -- who also happens to be Filipino -- went off on Pacman at LAX.

"My mom happens to be a lesbian so I don't f**king take that sh*t. I dont think it's funny."

"If anyone called my mother an animal i'd stick my foot in his ass."

You gotta watch the clip ... Bautista says he still respects Manny as a fighter -- "but as far as his opinions, stick that up your ass."