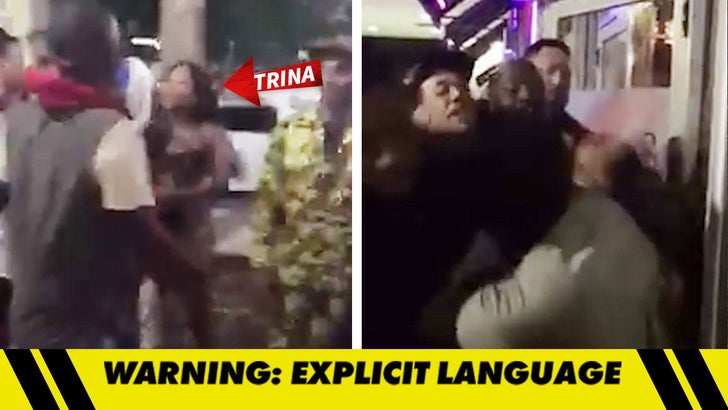 Warning ... if you put hands on Trina, she's gonna strike back -- that's her explanation for the fight that went down early Monday morning in Miami.

The video shows the rapper going off on a guy who just got kicked off her party bus outside Justin's Bar and Lounge ... where Trina was hosting. Some people thought she was attacking a fan, but we're told she was only defending a friend.

Trina's rep tells TMZ ... Trina and her entourage had just left the club, when 2 of her male friends started fighting. You can see security push one of them backward, and that's when Trina jumped into the mix.

We're told she was trying to tell that guy to cool off and go home instead of fighting, but as she was yelling at him ... he shoved her, and she wasn't having it.

She really is the baddest bitch.