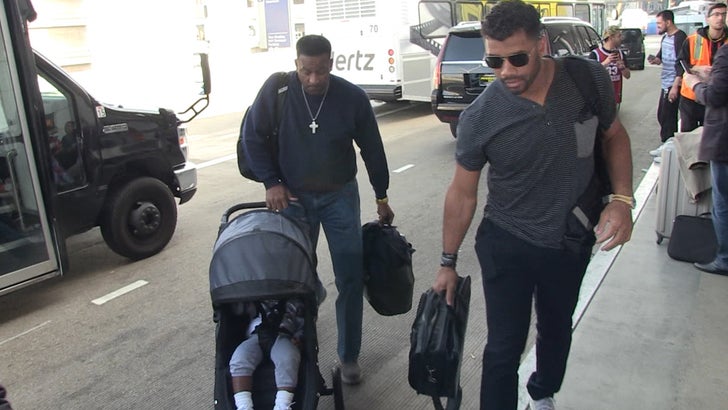 Future HATED when Russell Wilson was pushing his kid in a stroller -- so how do you think he's going feel after seeing the QB taking the kid on a flight Tuesday ... without Ciara?!

In fairness to Wilson -- he WAS with Ciara's father at LAX (in fact, it was grandpa who technically pushed the stroller) ... but check out the clip, it feels very daddy duty-ish.

Meanwhile, Ciara was M.I.A. -- probably returning from her trip to Africa where she was visiting underprivileged school children.

What complicates the situation was the gauntlet Future threw down back in July -- when he blasted Ciara for allowing Wilson to do things a FATHER should be doing ... not a boyfriend.

Future has not held back when it comes to criticizing Ciara's parenting ... but so far, no word on this situation. 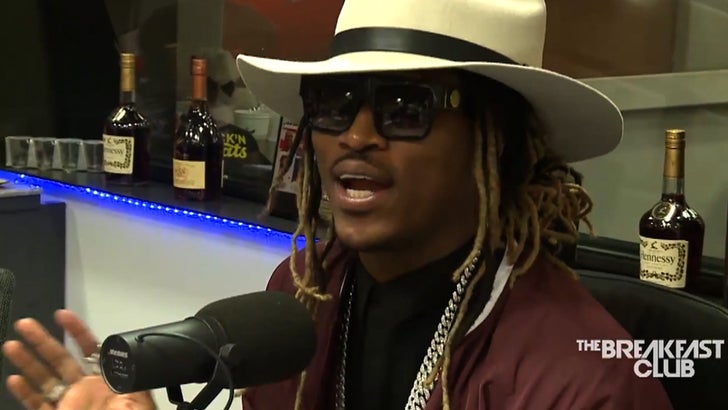 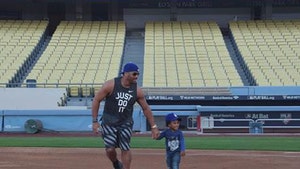 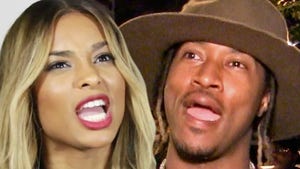 Ciara Sues Future -- Calling Me a Bad Mother Is Gonna Cost You $15 MILLION!